Did Comey give Trump the presidency? We don't think so. 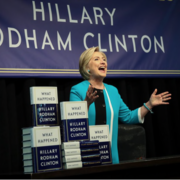 By Aaron Weinschenk and Costas Panagopoulos

With the release of Hillary Clinton’s campaign memoir last week, political observers have turned their attention back to the 2016 presidential race.

And that, inevitably, leads to James Comey. A central debate in the campaign post-mortems is whether Comey, then the FBI director, tipped the election in Donald Trump’s favor with the Oct. 28 release of a letter announcing the review of possible new evidence in the Clinton email investigation. Some journalists, political analysts and Clinton herself contend that the letter’s release cost her the presidency. “Absent that,” Clinton told NBC last week, “I believe the evidence shows I would have won.”